By: @seth_ulinski|Published on: Feb 4, 2019|Categories: Uncategorized| 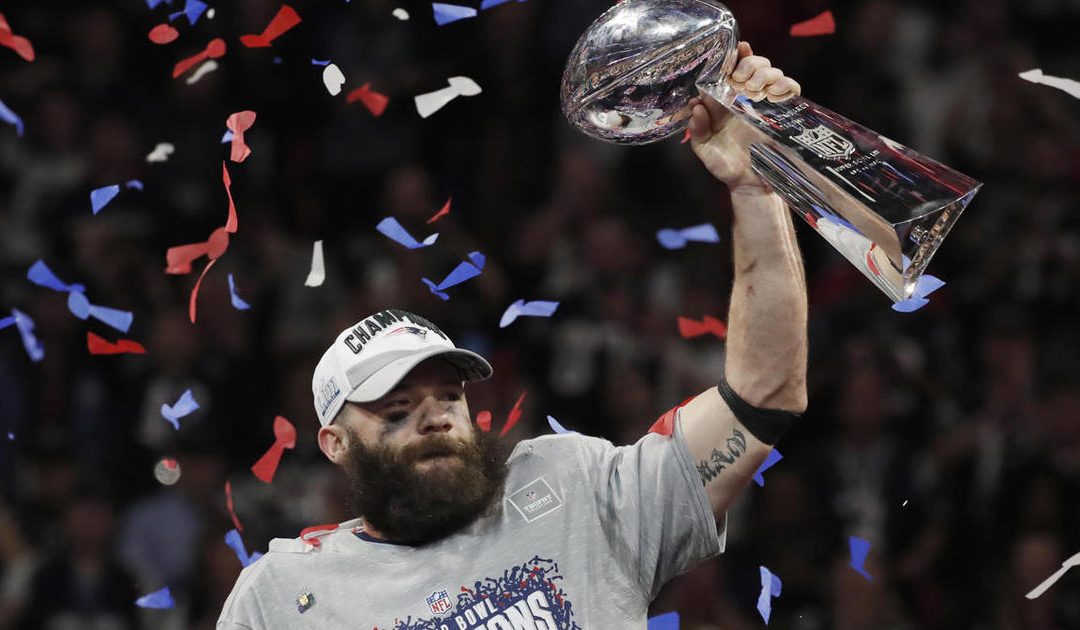 The following was originally posted Feb 4th on Linkedin.

As the New England Patriots prepare for their victory parade tomorrow, I thought it would be fitting to highlight Julian Edelman, fellow author and Super Bowl LIII’s Most Valuable Player (MVP).

After playing quarterback at Kent State, Edelman was drafted in the seventh round (#232) by the Patriots in 2009. Listed at 6’0″ during his days with Kent State, Edelman has gone on the record stating he is only 5’10.” While this variation may seem insignificant, teams are increasingly focused on the size of players as measurements are used to project success (note: bigger/taller = more desireable).

The NFL’s height bias towards taller players at the quarterback and wide receiver positions is not without merit. Quarterbacks such as Tom Brady (6’4″) have the ability to see over their massive offensive lineman and also have an easier time throwing the football without getting passes blocked by the outstreached arms of defensive linemen. Meanwhile, taller receivers tend to have an advantage when catching passes as they can “meet” the ball by extending their hands.

To tie height bias into the business world and society as a whole: the brain uses height as a proxy for health, wealth and social status. This is why the vertically gifted tend to get the nod over the vertically challenged when pursuing leadership roles or in social situations, such as online dating. For example, in his book Blink: The Power of Thinking without Thinking, Malcolm Gladwell points out that the height of male Fortune 500 CEOs is disproportionately taller than the average height of the population. Meanwhile, height studies via OKCupid indicate similar height headwinds for the not-so-tall.

Back to the NFL. In general, elite wide receivers tend to make their mark by outrunning and/or out jumping defenders, measured in terms of 40-yard dash times and vertical leaps. The ability to run precise routes and maintain timing with their respective QBs is also invaluable. If we look at the top 10 wide receivers in the NFL based on receptions or yards, the average height is about 6’1″. So how does a wide receiver that is short by NFL standards measure up? A combination of agility (balance and body control) and dexterity (good hands).

Changing direction is key as receivers look to create separation from defenders. Being shorter in stature allows for greater agility. Although Edelman was not invited to the NFL Combine as a rookie in 2009, he recorded what would have had the top shuttle run time (a test which measures agility). If you watched Edelman during Super Bowl LIII, he demonstrated ankle-breaking shiftiness that resembled moves one would witness in a video game. Even more impressive if you consider the fact he missed the entire 2017 season due to an ACL injury during preseason. Unfortunately, his comeback in 2018 was delayed due to a 4-game suspension. A setback, one could argue, which ultimately served as a launchpad to delivering the best game of his career.

As Edelman and virtually anyone else who’s attained greatness in a given profession will tell you, they receive support along the way. Keep this in mind the next time you’re facing challenging odds or given the underdog label. Find your people. Support may come from multiple angles, directly or indirectly — as they did for Edelman:

The next time you’re facing challenging odds for success or labelled an underdog, keep fighting the good fight. As the Super Bowl MVP reflected:

You don’t necessarily have to be a football player to demonstrate toughness, you can be a student, a teacher…or even a squirrel.